Still without my auto focus lenses, I took the Canon 450D for a walk using a Samsung 35mm f2 and a Zuiko 75-150mm f4. The camera is not very happy using these lenses, the exposure is often well out, while the focus confirmation is suspicious to put it mildly. Given that the viewfinder is pretty poor, you are more or less entirely reliant on the autofocus to get it right. Yes the camera has an early implementation of live view, but I don't find it practical for use outdoors in near freezing temperatures.

These issues mean checking the histogram after each shot, and taking multiple images to try to get an acceptably sharp picture. Fear not, the 70-200 Canon lens will be back with me tomorrow and I hope that the 24-70 will follow very shortly.

This morning there was unexpected snow inland, but the sky was clear and blue. Tynemouth escaped the snow, but it was very cold. The light was superb, bright, warm and clear. 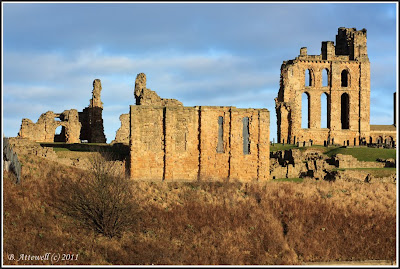 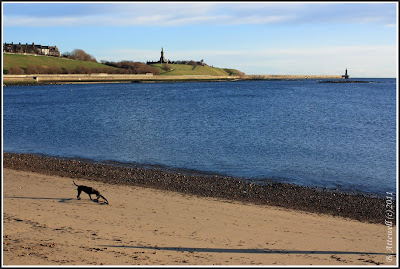 A dog having fun on the beach. You can see the notorious Black Midden rocks poking up above the water surface at low tide. 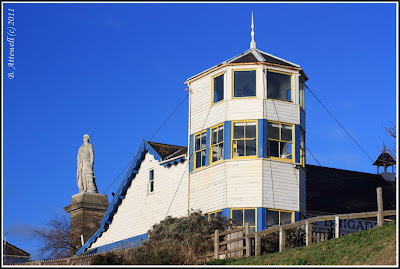 Collingwood's statue peers out from behind the watchtower. 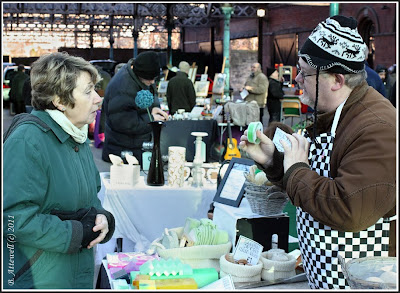 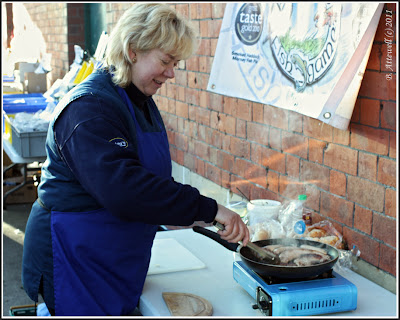 The 35mm Samsung f2 (Pentax clone) is an excellent relatively modern lens. It is in fact an autofocus lens, but of course that feature is unavailable when fitted to a Canon camera. The Zuiko 75-150 is plenty sharp, but lacks the contrast of a modern zoom, while there is some tendency to chromatic aberration when used on a digital body.
Posted by Heedlad at 22:54