We decided to go green and install solar photo voltaic panels onto the roof of the house. With a generous and index linked feed-in tariff this also makes sound financial sense, better than money in the bank for sure.

The process started by finding and contacting three accredited installers using the government's web site. Only one responded, and he apologised for delays as he had too much commercial work at the time but he did eventually come out and gave me a quote for the work. I was quite impressed with this company, but wasn't prepared to invest with only a single quotation. Back to the government web site and another search for a local installer. This time I contacted a smaller company (four people) and I struck gold with Sunderland based Gerard Harrison and his Helios operation.

Not only was he able to respond promptly, but I was very impressed by his careful and systematic approach, climbing not only into the attic but also onto the roof of the property in order to take accurate measurements - the cowboys use Google earth!

By careful choice and layout of the panels he was able to get more output than his competitor, and he was also able to find a hidden route for the power cable utilising a built in wardrobe within a bedroom (the alternative was an external wire). His quote was similar to the previous one, but the cost per KW was less. A clear choice!

I asked what I needed to do with respect to paperwork, and was pleased to learn that Gerard would deal with all of that.

The photos tell the story. 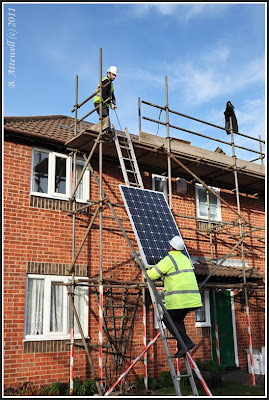 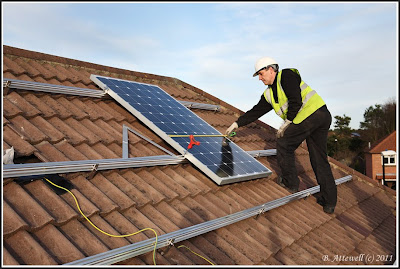 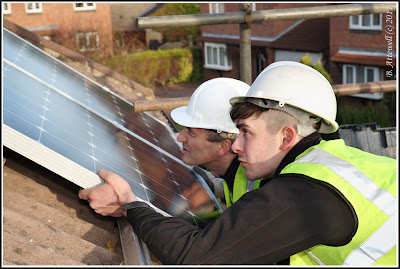 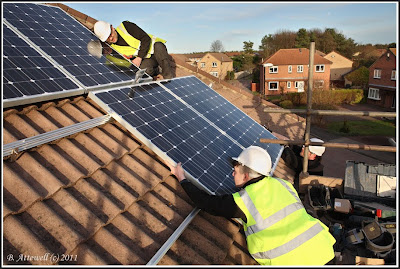 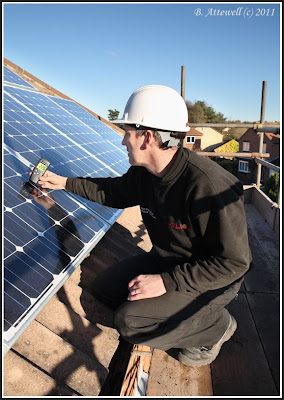 Measuring the irradiance onto the panels. 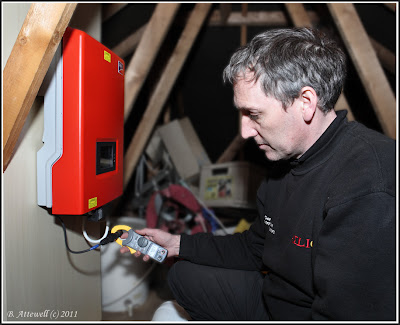 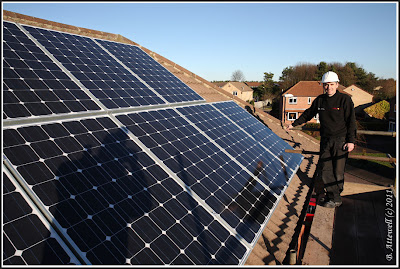 The work was done quickly and efficiently, with a minimum of disturbance. I am one very happy customer!
Posted by Heedlad at 08:34