I was working on Saturday so I could only get on the Sunday, when the sun did not shine! 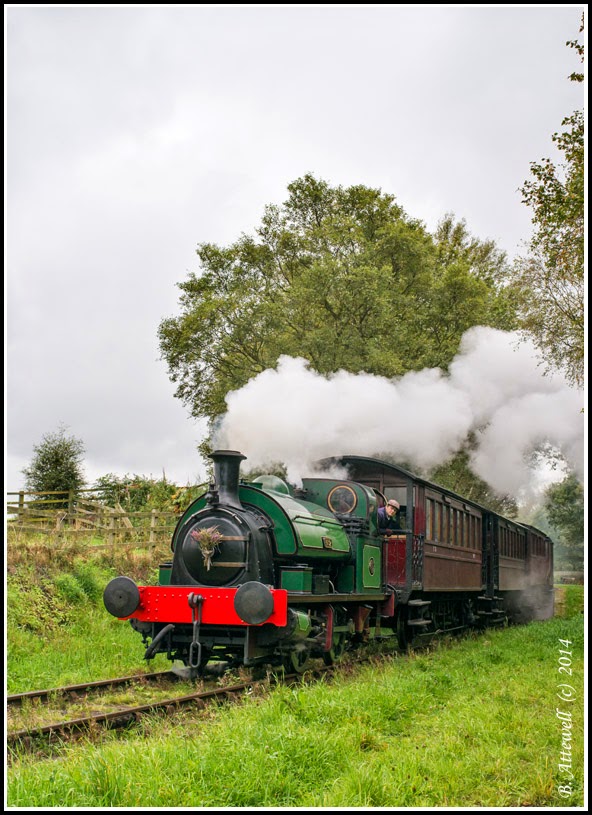 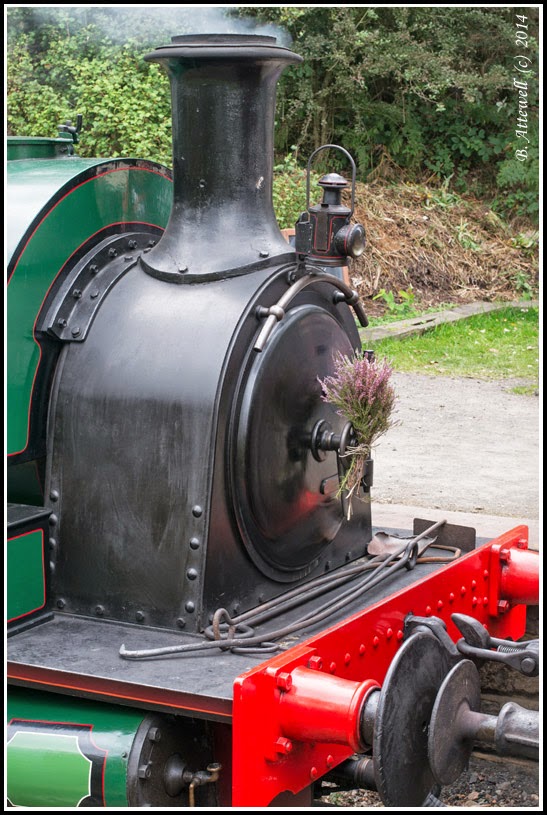 Several of the locos sported a sprig of  heather on their smokebox doors, something to do with a referendum perhaps? 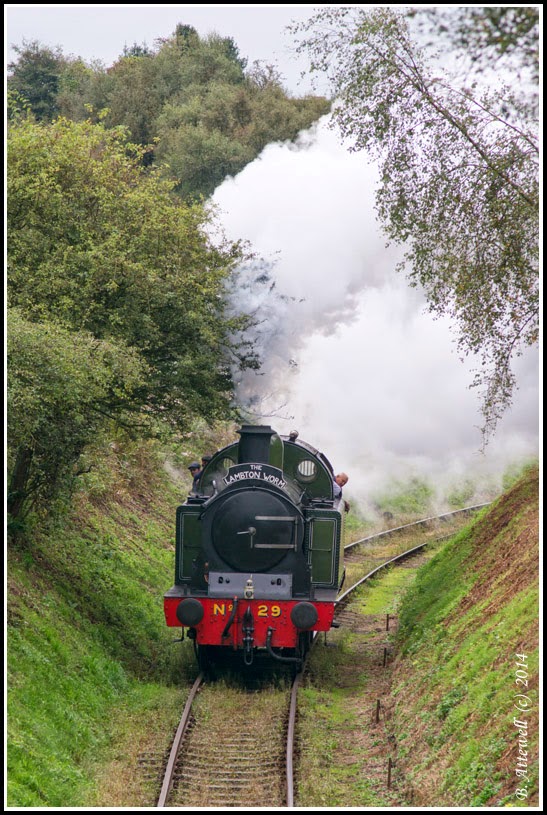 The star of the show was the Lambton tank No. 29, brought in from the North York Moors Railway 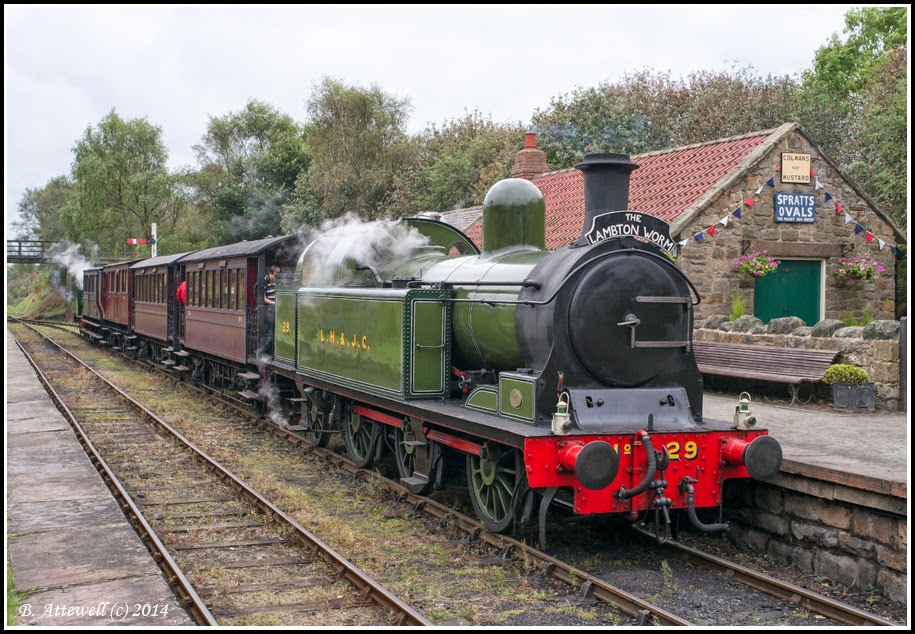 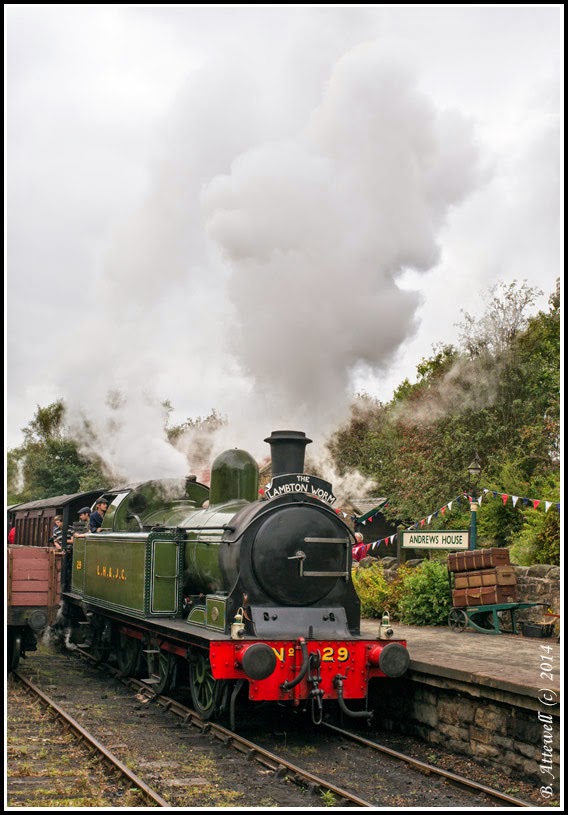 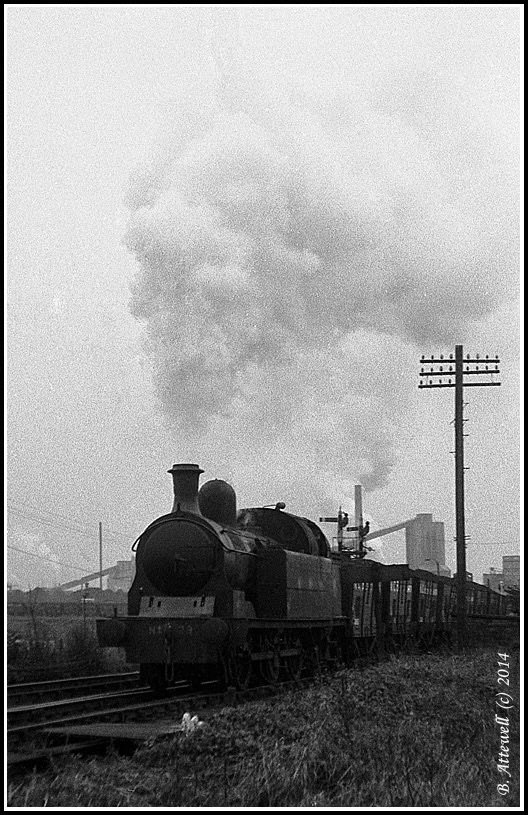 And here's one that I took earlier, about 45 years earlier, at the Philadelphia NCB works.


Interestingly, No. 29 appears to have its chime whistle at this time. The film was probably developed in my parents' bathroom; looks like reticulation has occurred due to temperature variation in processing. Digital is so easy!

Sony NEX 6 with manual focus lenses, not sure what I used for the B&W, possibly EXA 500.

With the prospect of fine weather south of Tyneside we drove down to Grosmont in the North Yorkshire Moors and had a ride on the North York Moors Railway. 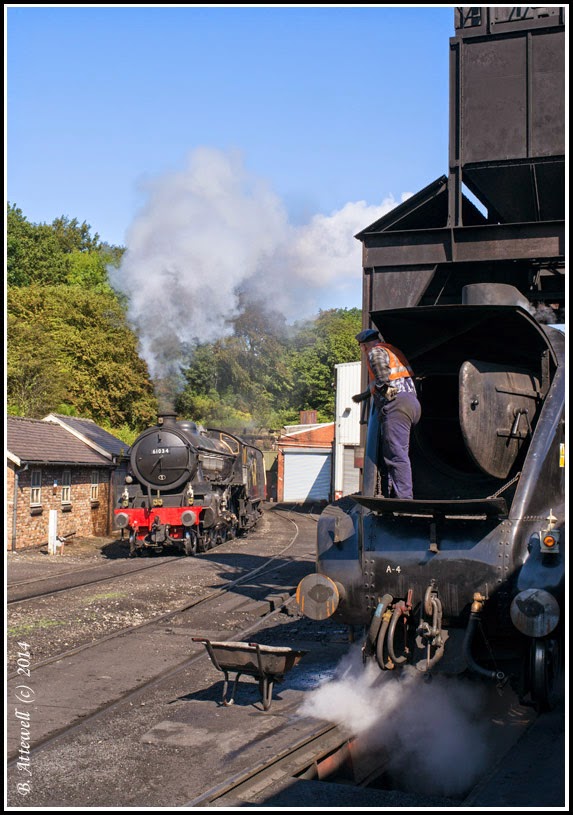 Two ex LNER steam loco designs, a B1 4-6-0 passes the loco shed while A4 pacific Sir Nigel Gresley stands beneath the coaling tower. 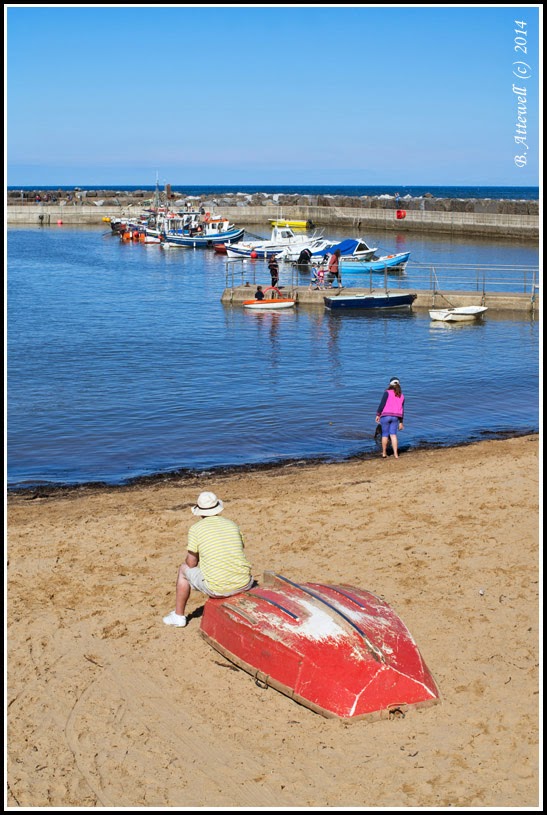 Driving back up the coast we called in to Staithes, a small ex fishing village with a sandy beach. It's rare, in my experience, to see the North Sea looking so attractive, but that's how it was on Sunday.