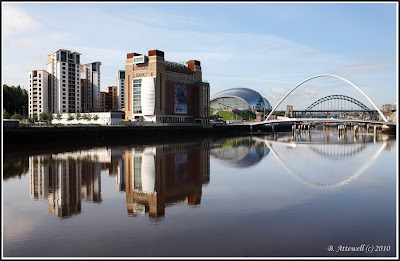 I cycled through to Newcastle as the weather forecast was for sunshine, but in fact there were overcast skies, and then there was the puncture. However the sun did make an appearance and, for a brief period, the wind fell away to nothing. It's not often I'm in the right place at the right time but every dog has his day. 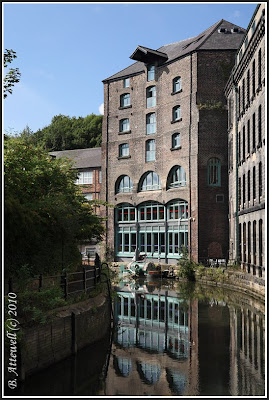 Stopping for lunch at the Ouseburn, I had hoped to see a Kingfisher, but none were apparent.

Further along the river is St Peter's marina. It used to be the site of the Hawthorn Leslie Engineering factory, where I once worked. I couldn't find any reference to that company, but I guess that there are still some rusting relics within the river, thrown there by tired machinists on night shift when something went wrong. 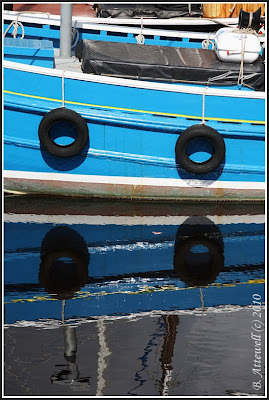 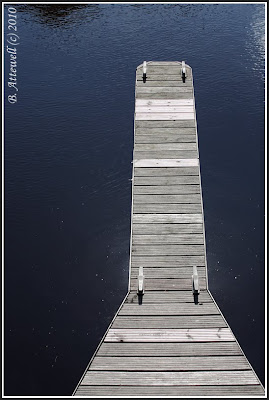 If you follow the riverside path and then climb up to the old railway track you will encounter the site of the Roman fort at Segedumun, where dark skies made a dramatic setting for the observation tower. 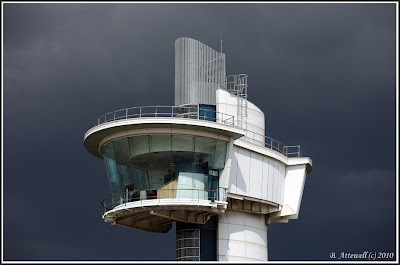 Fortunately the rain held off until I reached the pedestrian/cycle tunnel under the Tyne but, on reaching the south bank, I was greeted by a torrential downpour. This allowed time to inspect the various photos and press cuttings describing the construction of the tunnel in the late 1940s. Apparently the workings were pressurised to keep the water out, with decompression chambers for the tunnelers. At one stage there was a major air leak and work had to be halted until silt could be dumped from barges above, to seal the fissure.

Incidentally the escalators and lift were all out of action on the north side, while only the up-escalator was working on the south side. When built they were the longest escalators in the world, and it certainly feels that way when you have to carry a heavy camera bag and bike!

Some Images from Haworth 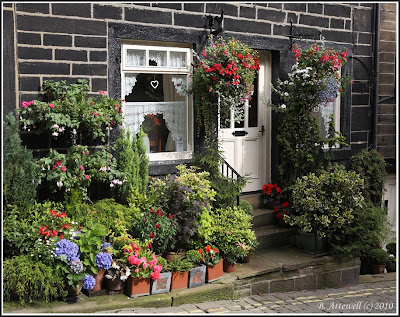 Who needs a garden? 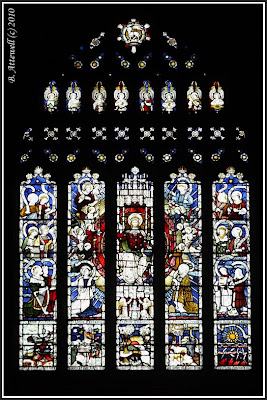 Window in the church where the Bronte sisters' father was Parson 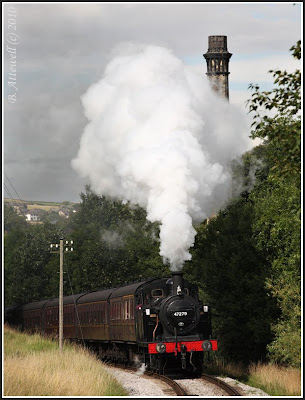 Keighley and Worth Valley Railway steam train climbing towards Haworth station
Posted by Heedlad at 07:11 No comments:

The model boat club at Saltwell invited their Tynemouth colleagues over for the day, so there was a good turn out of models this Sunday. The two boats that caught my attention were both based upon local prototypes. 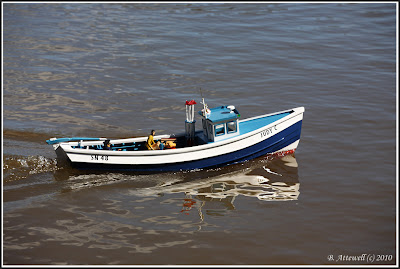 A small fishing boat based upon a coble style hull, I presume that the registration indicates a North Shields based vessel. 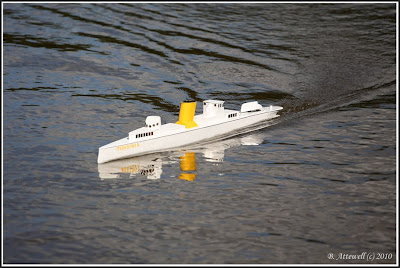 Charles Parsons' famous Turbinia, the prototype of which resides in Newcastle's Discovery museum. 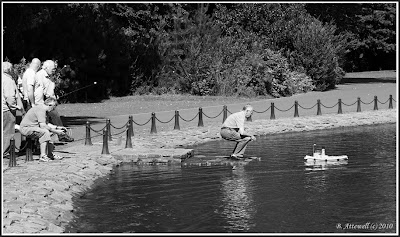 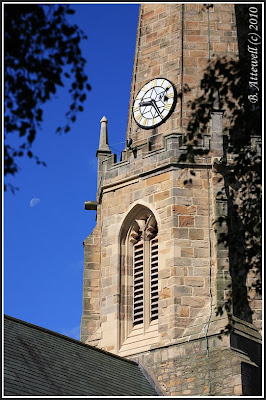 Can you spot the moon to the left of the spire?

It was a sunny warm day with a blue sky and white clouds, until dark skies appeared over the Sage concert hall in Gateshead. It looked pretty dramatic to the naked eye but the camera's auto exposure system has tried to control the strong highlights and has underexposed the scene, and this has enhanced the effect. 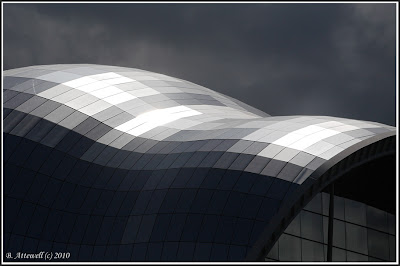 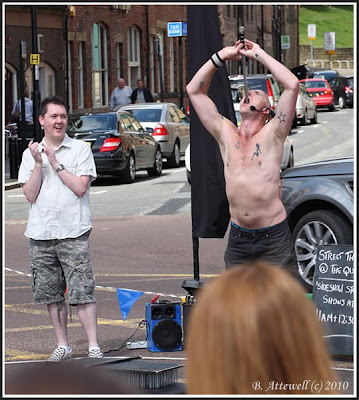 We cycled through to Newcastle this morning and walked through the quayside market where we saw this gentleman eating a sword.
Posted by Heedlad at 22:22 1 comment: