Cragside is my favourite National Trust property, the Rothbury based estate and house developed by the Victorian industrialist Lord Armstrong. We normally try to get to Cragside at the end of May or the beginning of June when the azaleas and rhododendrons are at their best, but this year we are off on our hols at the end of May, so we decided to take an earlier visit.

There were a few small azaleas in bloom, but nothing like the show that you can expect later in the year, however a surprise bonus was the display of tulips in the formal garden next to the glasshouses. 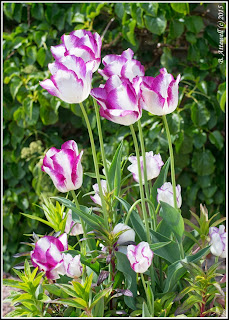 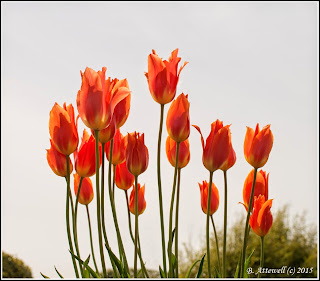 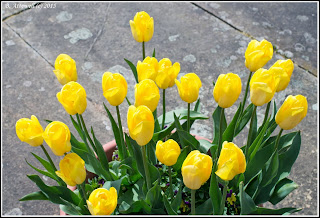 Inside the house we noticed the William Morris designed ceramic tiles 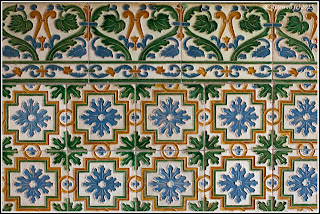 and the Four Seasons stained glass at either side of the fireplace. 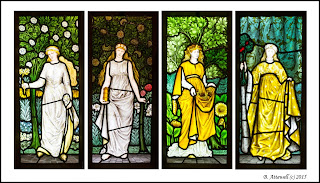 The panels were originally back lit by daylight, but further building construction cut off that source of light. They are therefore illuminated electrically, not quite as evenly as would have originally been the case.