Gasometers, or gas storage tanks, are a rapidly disappearing feature of the landscape.  I noticed that they are currently dismantling the tank at Wallsend, long a Tyneside landmark, and decided that I should photograph the Sunderland gasometers before they also go.

There are three surviving tanks on the Hendon site and they represent an evolution of the technology from early to late Victorian, and then 20th century. The oldest tank has ornate cast iron columns, the late Victorian tank has a riveted steel framework, while the most recent is self supporting.

The last time I looked at the tanks a few years ago, they were still in use, but today they look  sadly neglected and I suspect that their days are numbered.

I'd like to see the oldest of the three preserved, if at all possible. 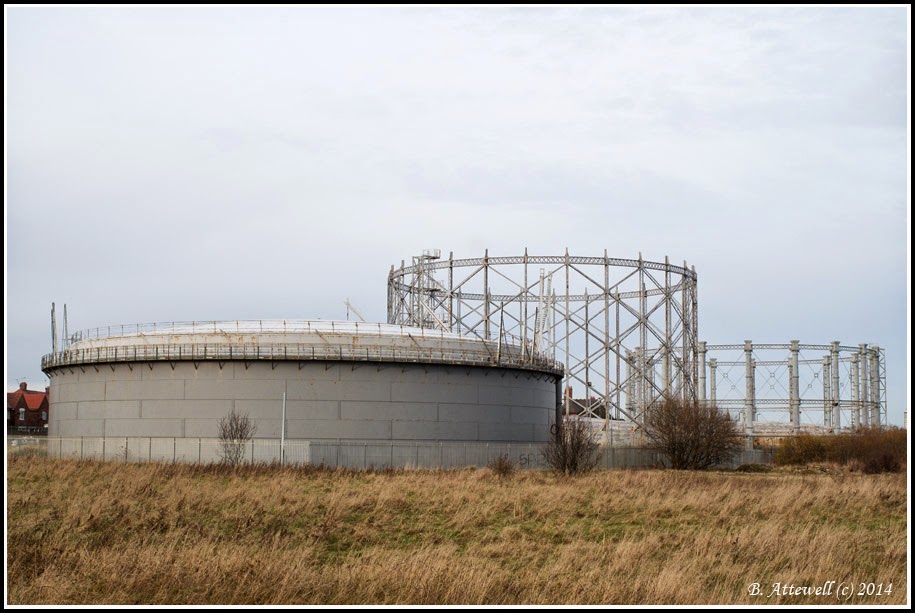 The three tanks seen from the south, newest nearest to camera 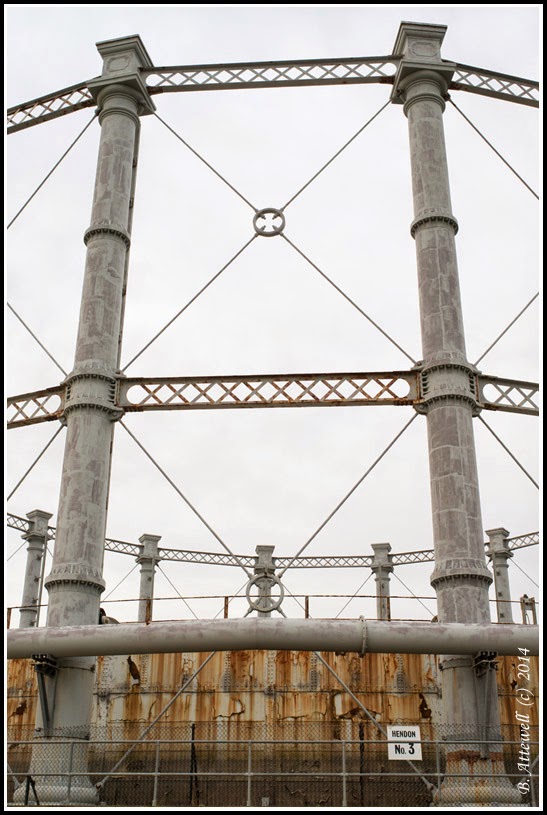 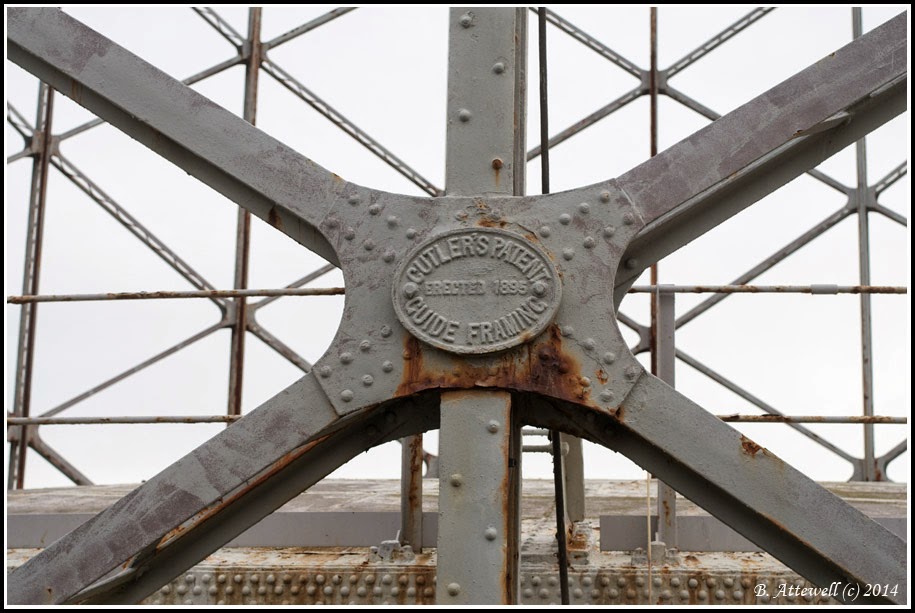 The riveted steel (or wrought iron?) framework of the middle tank dating back to 1895