I've had the camera for several months now and taken around 6000 shots, mainly using manual focus lenses by Pentax and Olympus.

At first I tried the focus peaking facility, but found that it was either too in yer face, and blotted out parts of the composition, or it would result in false positives. I therefore changed my modus operandi to the 10 x magnification feature, and would focus with the aperture wide open, stopping down to shoot.

I have noted elsewhere that, if you do this, it is important to point the camera at a neutral tone and open the aperture before clicking for a magnified view. If you don't do this the camera may show a greatly overexposed image that is very difficult to assess. I guess that the camera's exposure system fixes a value based upon the 100% view, and uses that for the magnified image.  Opening the aperture after selecting magnify does not change the meter reading, the image will be overexposed.

More recently I have taken another look at focus peaking and have found that it works well if you set it at its minimum value and focus wide open, stopping down to shoot. This is a bit quicker than using 10x magnification and works for many subjects. With intrinsically low contrast scenes it is better to use the 10 x feature.

Another control that I make a great deal of use of is exposure compensation. If I have the time I will review each shot after taking the photo and then dial in some compensation to get a better exposure. Irritatingly, the camera will assume that you wish to move onto a different viewing mode if you are reviewing images, rather than answer to the  helm and adjust the exposure. In the past I would press the button that is used to toggle between reviewing shots and normal operation, but this button is hard to find with the camera to your eye. In fact a light press on the shutter release does the same thing, switching off the review and returning to normal mode. This may seem a trivial thing, but it has transformed my enjoyment of the camera.

Should this be necessary I hear you ask, is the exposure system so bad that you need to adjust every shot? In practice I find it reasonably reliable, no worse than the Canon DSLRs that I also use, but not perfect, and a small adjustment is often needed to optimise exposure. What about the exposure preview histogram then? Well I do use it on occasion, but it only tells a partial story, and the proof of the pudding is in the image recorded on the card.

What about the lenses that I use?

Well the star performer has to be the Zuiko 50mm f1.8. It's very sharp, does not suffer from CA, and provides neutrally coloured images, noticeably colder than the Sony lenses that I have. Unfortunately, with an equivalent angle of view as an 80mm lens on a FF camera, it's not the most useful of focal lengths.

The Samsung/Pentax 35mm f2 is another very good lens, but this is a rather more expensive optic and you might expect it to do well. Mine cost me £175 a few years ago ( it's a Pentax/Samsung auto focus job).

I have tried three heritage 28mm f2.8 lenses. A pentax M, a Zuiko and a Canon FT. I was least impressed with the Canon, maybe I got a bad copy, I took it back and swapped it for the Zuiko. There isn't much to choose between the Pentax and Zuiko lenses, they are both sharper than the standard Sony Zoom, without being exceptional, while they both suffer from CA. My copy of the Pentax is a little better than  the Zuiko, as that exhibits some softness down one edge - again probably something peculiar to the particular lens that I possess. However the Pentax does suffer from some noticeable barrel distortion, fixable but annoying. I find the Pentax 28mm is my most used lens (42 mm FF equivalent), it is my default choice, near to ideal for many of the shots that I like to take. I shall continue my search for a really good, but economical, 28mm optic!

I also possess Pentax f3.5 M and K 28mm lenses, and I am tempted to give them a run out. The older K design always produced excellent results on my film cameras, and surely the CA can't be any worse than the M f2,8! (Update - see later post, the Pentax 28mm f3.5 K is a very good choice).

The Sigma 19mm is OK to Good, not perfect. I tend to use it as an auto focus lens, and, perhaps as a result, get more unacceptably unsharp shots from it than I do with my older manual focus lenses. I like to know what I am focusing on, and auto focus systems always seem to have a mind of their own. Maybe they know they are in the hands of a Luddite and act accordingly.

The Sony 55-210 lens is a reasonably good performer, particularly considering the price, but it's far from perfect. I have had mine back for adjustment, after finding some shots very badly soft down one edge, and it is now a lot better, but I still get some less than crisp edge details. I also find that it produces very warm images, almost as though there was a warming filter attached. It's a personal thing, but I prefer the colder, more realistic, results from my 50mm Zuiko. 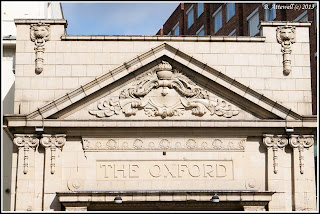 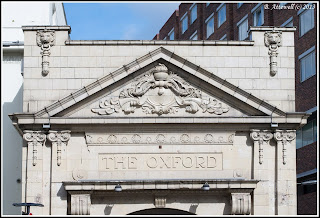