In this posting I show actual pixel crops from both that lens taken at 19mm and  f5.6 and from the Sigma 19mm also at f5.6. The approximate overall view is also shown. Camera mounted on sturdy tripod and timed delay used to activate shutter. The photos were taken within minutes of each other but from very slightly different positions.

Developed in lightroom using default settings, but with lens correction applied in each case.

There is clearly a differential in the focal lengths!

Actual pixels from left, centre and right of main image. 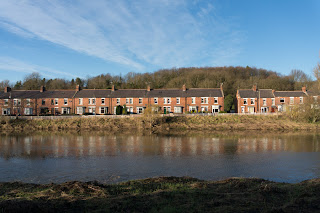 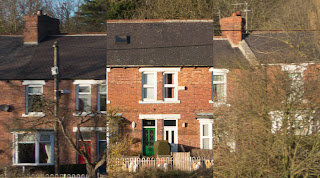 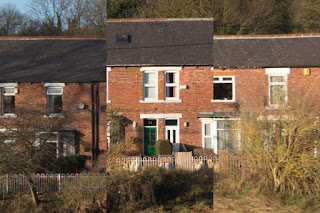 My interpretation. The Sigma lens is gathering more detail and at a higher level of contrast. It has a significant advantage in the centre, but the extreme edges are not great. The Sigma is a clear winner here. Having taken a number of shots with the Sigma now in a variety of conditions, it produces very pleasing results, and unless extreme edge definition is critically important, is a very good choice.

I have to say that my Sony 16-50 lens has proved to be reliable, despite considerable abuse. I regularly carry this lens when cycling and the camera has been dropped etc. However a friend of mine recently bought a used copy and, despite a pristine external condition - mine has been through the wars, it has ceased to work. Taking it to a local repairer he was advised that economic repair was not possible, and that this was a relatively common problem with the lens.