North eastern railway pioneer George Stephenson has recently had his Newcastle upon Tyne based statue restored, and very good it looks too. 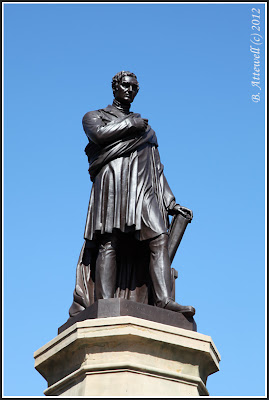 Stephenson's birthplace is now in the care of the National Trust and is located just outside Wylam village. I do like the foxgloves growing within the garden. 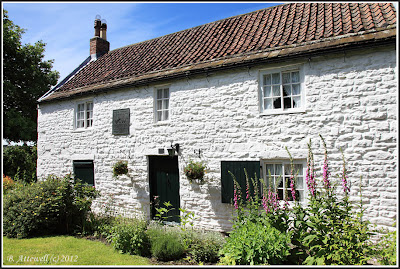 The plaque on Stephenson's cottage includes a representation of his the famous Rainhill Trials winning locomotive Rocket, a  machine which embodied most of the key design features of all subsequent steam locos. 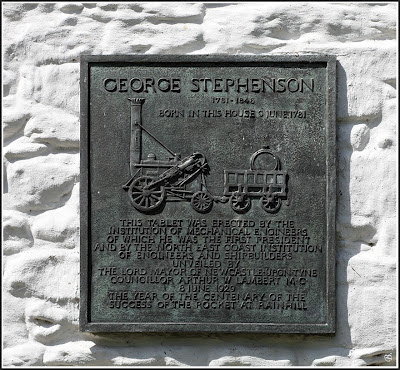 A replica of the original, seen within Shildon Museum, shows the then novel multitubular boiler with steam collecting dome and blast pipe within the chimney. It should be noted that it was George's son Robert who is normally credited with the design of the Rocket! 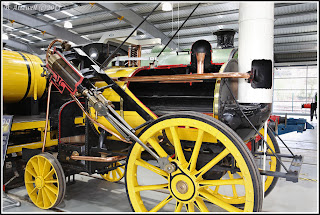 Images available for sale at Alamy