Completed in 1842, The Victoria Tunnel extends for about two and a half miles under the City of Newcastle upon Tyne, from the site of a coal mine to a loading point on the river Tyne adjacent to where the Ouseburn joins the river.

The tunnel was built to serve a colliery at Spital Tongues, to the North West of Newcastle. It worked successfully as a rope hauled waggonway for 18 years, but then the coal mine fell upon hard times and operation ceased.

The tunnel was used during the second world war as an air raid shelter, and a section of it is now employed to carry various pipes across the city.

Guided tours of the southerly section of the tunnel are available. Our guide was very informative and presented the information in an interesting way - highly recommended. 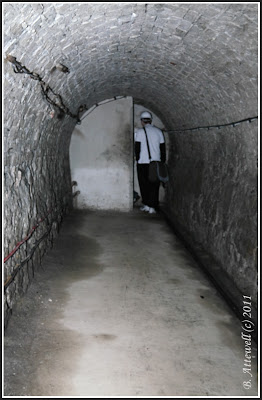 The tunnel was cut through boulder clay and then lined with stone and brick. During WW2 the floor of the tunnel was concreted over and the walls white washed to enable it to be used as a shelter. There is a series of concrete blast walls at the entrance to the tunnel, intended to protect people within the shelter from a direct hit where the tunnel is near to the surface. 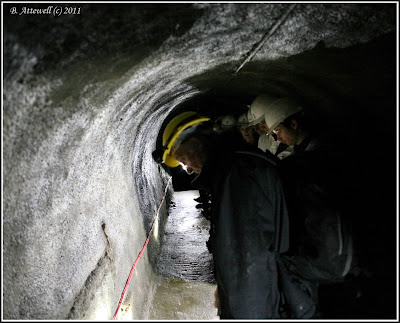 There are no lights within the main section of the tunnel and visitors have to rely upon torches for illumination. Hard hats are also supplied to visitors, essential given the limited clearance! 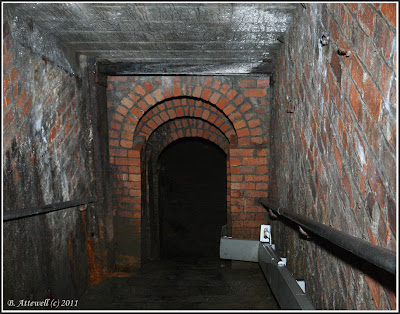 A steep stairway leads down into the tunnel from one of the entrances cut during WW2, this now forms an emergency exit. 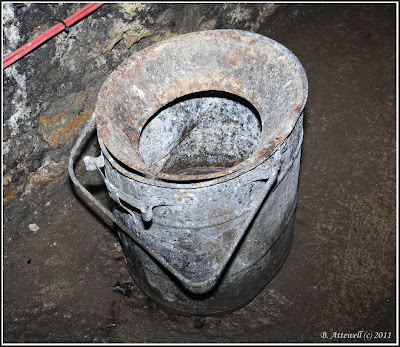 Crude chemical toilets were provided for use within the air raid shelter, there are no working loos within the tunnel for visitors. 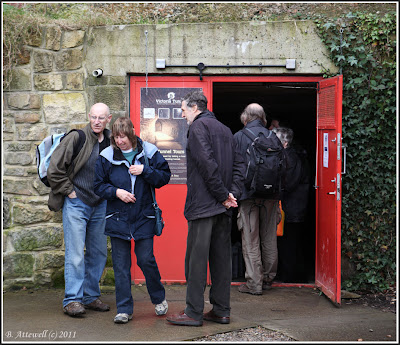 Visitors emerging into the light after an interesting subterranean experience.

If you wish to visit the tunnel you need to book in advance, see the web site posted above.
Posted by Heedlad at 20:59