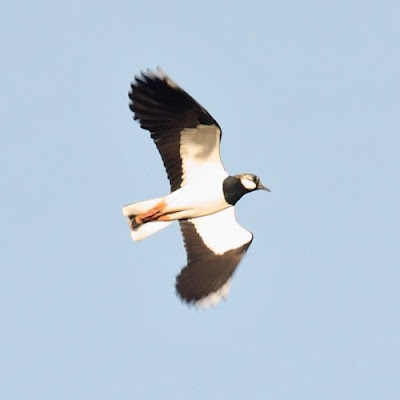 Two pairs of Lapwing (Peewit) were to be found performing a courtship dance above the fields near to Cox Green station yesterday morning. The most suitable lens that I had available was an old Olympus 75-150 f4 zoom, not the best bit of kit for this purpose, but I did get lucky with this shot, in that you can at least identify the type of bird involved!

Later, I heard and spotted a Lark singing alongside the path towards South Hilton. It was too high and too small for my lens to deal with.