Why is it that there are very rarely any special steam trains running in the north east, but when they do arrive, like buses, there are two of them?  Yesterday saw "The Wansbeck" topped and tailed by two locos, 62005 and 61264, and "The Hadrian" hauled by 46115 Scots Guardsman.

The weather was horrible, totally unsuitable for photography, with mist, dullness, mizzle and not at all very warm. I stood for an age perched precariously on a wall in Chester-le-Street to capture the Wansbeck crossing the viaduct, and it arrived 30 mins late. By that time I had just about lost the feeling in my fingers, but managed to press the shutter. Having got the excuses out of the way, here are a couple of shots. 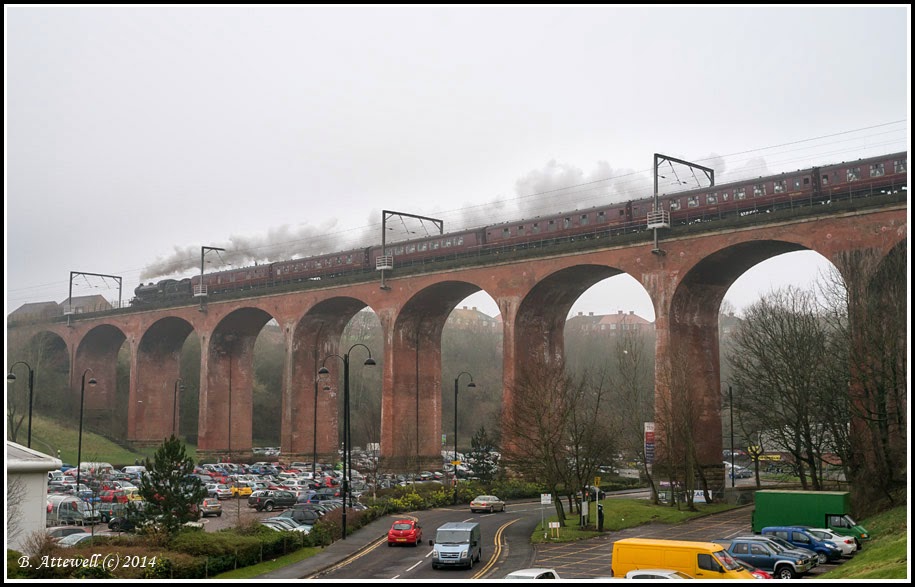 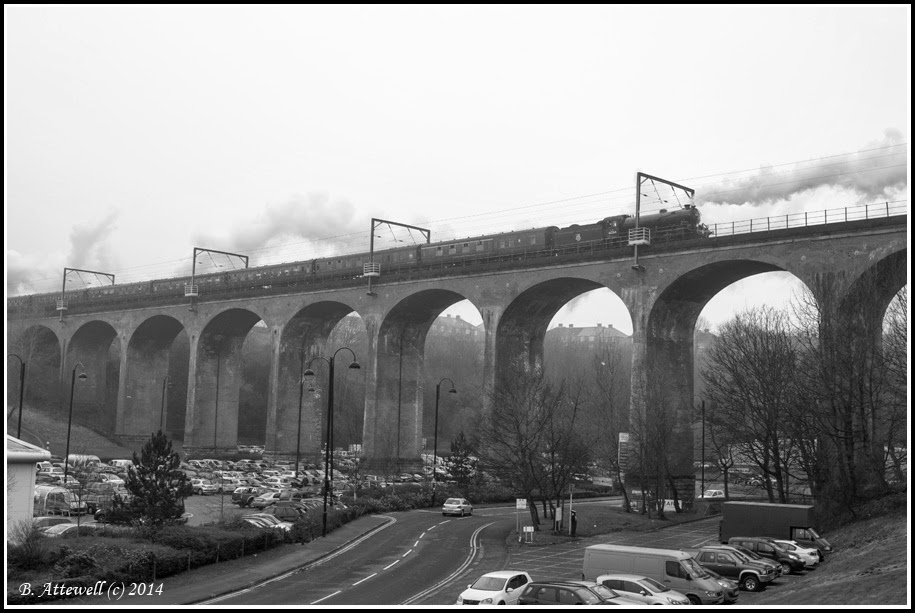 And so to Hexham to catch the Hadrian. The light was very slightly better and the train arrived a bit early, which meant that it was stopped in Hexham station to allow a local passenger service to get through. Unfortunately this meant that power was cut off before the station so my vision of a dramatic exhaust filled sky shot evaporated with the steam. However... 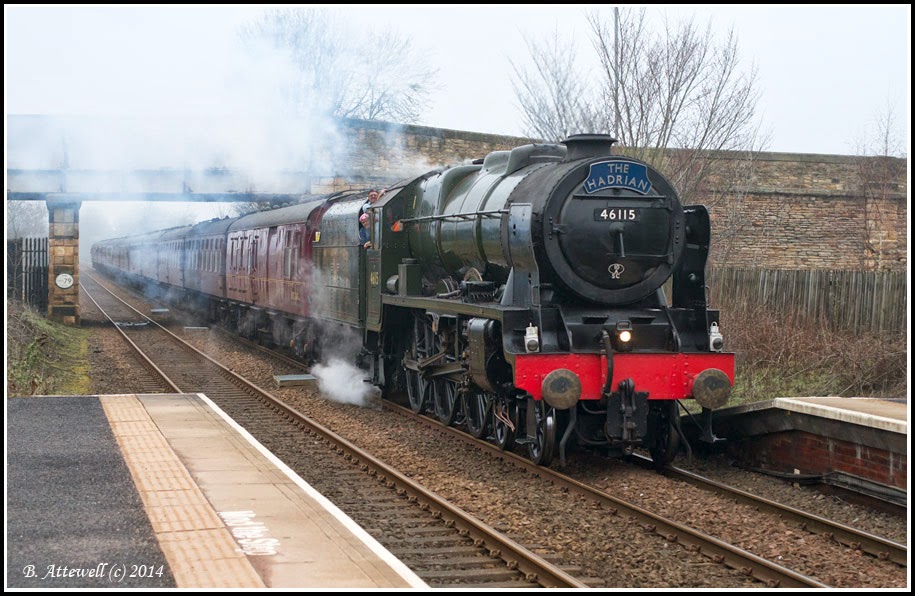 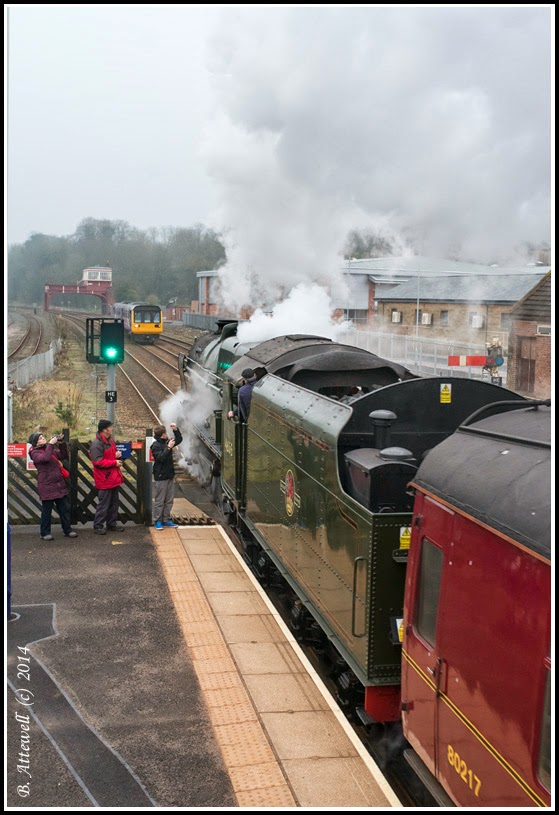 I enjoyed watching this powerful loco accelerate its heavy train away from the platform, sure footed without a trace of wheelspin,  from the viewpoint of the footbridge.