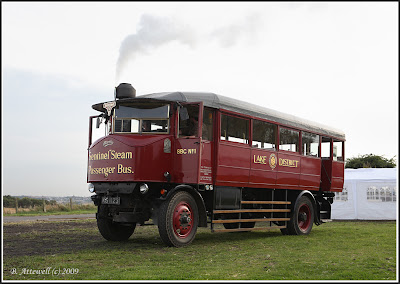 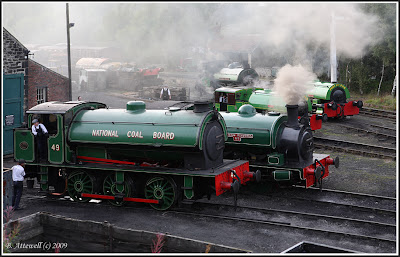 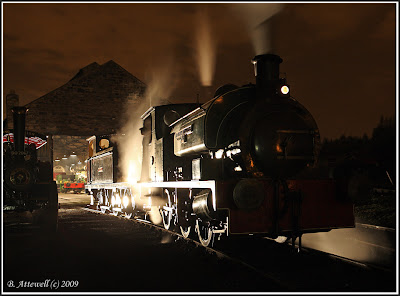 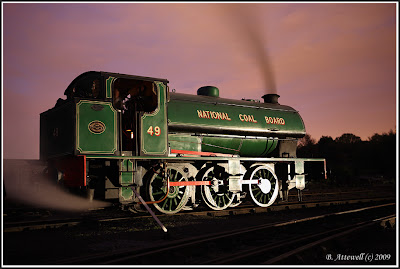 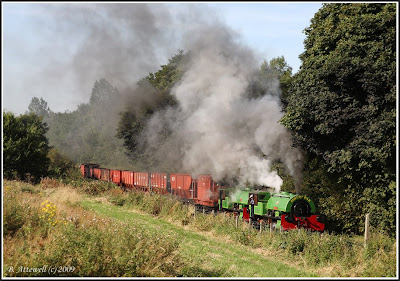 Two tiny visiting locomotives from the Bodmin Railway haul a train of coal trucks from East Tanfield
Posted by Heedlad at 07:20

Those evening shots are super

Good one on enlightenment and it helps a lot.

Just found your comments, apologies for the long delay in responding. Thanks for taking the time to look and comment.