On Saturday we went for a walk along the coastal path between Roker and Souter lighthouse. On the way we passed a couple of fishermen who pointed out a bit of a commotion out at sea. In fact a small group of maybe three dolphins appeared to be tracking a shoal of fish that were heading north parallel to the coast.

This was the first time that Carol and I had seen a dolphin in the wild, so we were pretty excited about it, although I am told that they are occasionally to be seen in Roker harbour. The only telephoto lens that I had with me was a 70-200mm zoom, not nearly powerful enough to capture their antics properly unfortunately!

We followed them all of the way from Seaburn to Souter, although they were travelling rather faster than we were. They appeared to be heading towards South Shields and the Tyne when we last saw them. 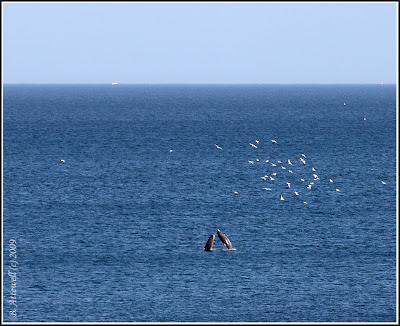 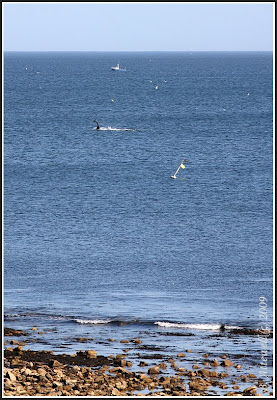