This is a walk from Riding Mill, along the south bank of the river Tyne, to Corbridge. It's not all that far, maybe three miles, but with strong winds blowing we wanted a sheltered walk with hopefully some views of autumn colour.

We parked in the railway station car park at Riding Mill, plenty of room despite commuters' cars left earlier in the day.

To access the riverside path you need to cross the railway by the newly restored footbridge within the station - beautiful varnished wooden rails topping the steelwork - and then head west along the eastbound platform. There is a small gate at the end of the platform that leads through a wood and down towards the river. After that you just follow the path.

We were out of the wind for most of the walk, but also out of the sun on the shaded north facing side of the river. Glimpses of autumn colour could be seen occasionally on the other bank, but the path is for the most part inboard of the river bank and you are looking through trees and branches. Nevertheless it's a pleasant stroll, and the far bank does become fully visible on a couple of occasions.

The railway line follows much the same route, but further south. At one point you pass the portal of an abandoned railway tunnel, maybe the rails were moved further from the river to avoid flooding?

The photos below were both taken just outside Corbridge. It's difficult to get a clean shot of the bridge because of the vegetation and the Tyne was running full, preventing any sensible photography further from the bank. 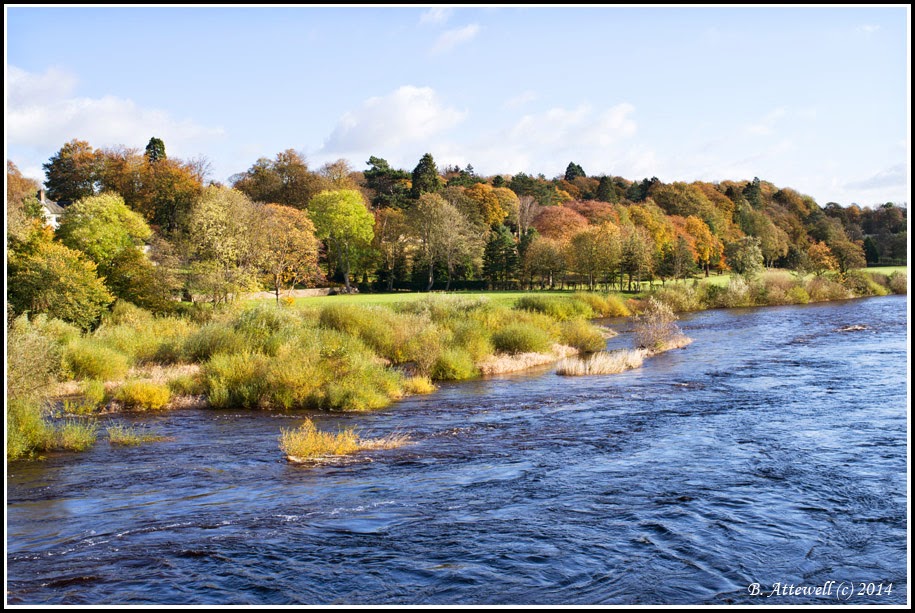 From the bridge looking north east 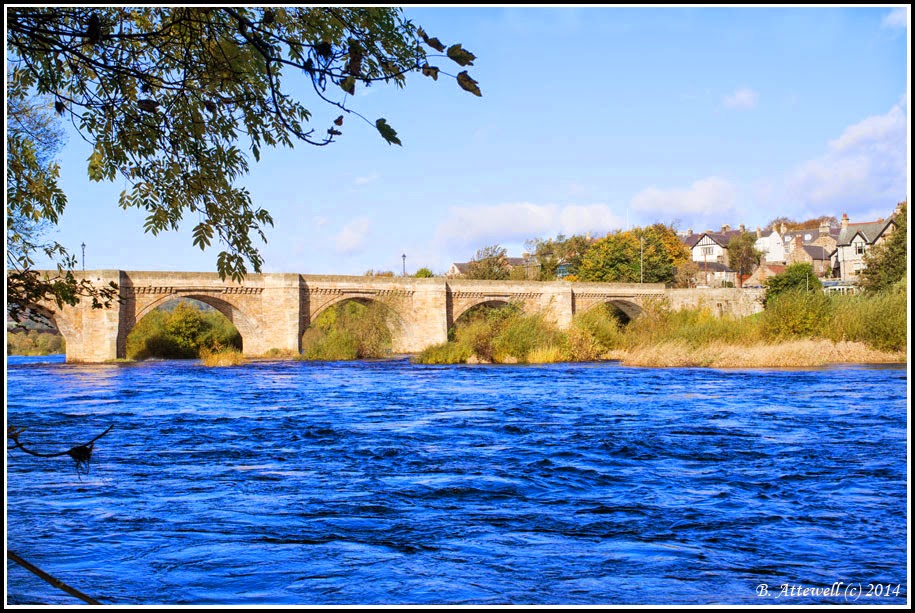 The bridge from the south east

You can of course walk back, but there is convenient bus from the town centre, or, should you wish, you can catch the train from the station on the north side.

Edit 4-3-17  Got my geography wrong, north and south reversed!