The advantages of being retired are too numerous to mention, but one in particular I enjoy, the ability to get out and about when the sun has some prospect of showing its face. With a forecast of cloud cover and limited sun, but an unseasonably high temperature of 7 degC, I had to make the most of it.

A ride I do once or twice a year involves a circular trip to Consett heading up the Derwent valley and coming back down "The Hill" through Stanley etc. I don't know the total distance, maybe 40 miles, with a climb of around 600 feet ( it always seems to be more!).

The route uses paths which are part of the UK's Coast to Coast (C2C) cycle way across northern England. The paths diverge at Consett offering a choice of destinations on the east coast, either Tynemouth or Sunderland. My route starts and ends in Washington (ancestral home of George and now the base for Nissan UK) using the more northerly path along the Derwent Valley for the climb up to Consett and coming back down the more southerly track.  The entire route is very largely off road.

The day started grim, overcast and not warm, but, by the time  I had cycled the 9 or so miles to the river Tyne near Felling the sun had decided to briefly co-operate. 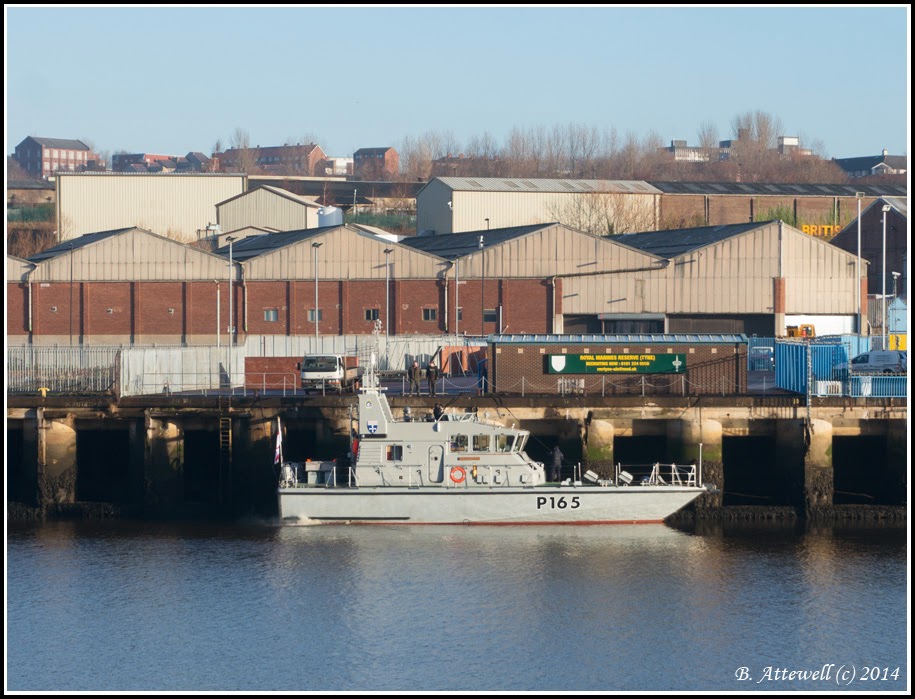 A patrol boat moored on the north bank

Cycling along the quayside, past the Baltic gallery and over the Millennium bridge, the gloom descended once again. The ride along Newcastle quayside is always a pleasure, despite the weather, and on reaching the mud flats opposite Dunston coal staithes, Curlews could be seen and heard seeking food at low tide. 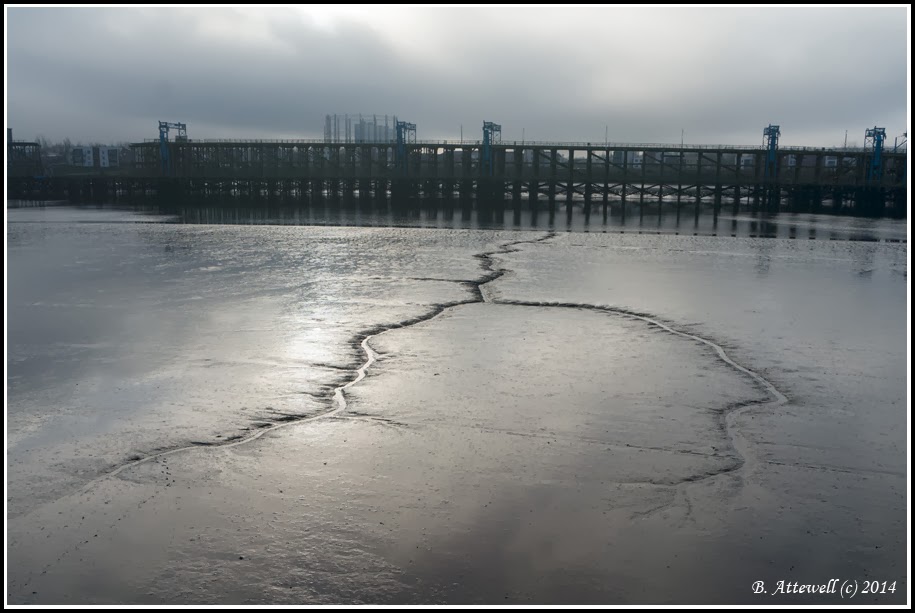 Further to the west in Scotswood is where Lord Armstrong set up his Elswick works, producing armaments, ships, locomotives and all manner of engineering equipment. As well as providing employment for many thousands, the citizens of Newcastle can thank Armstrong for the provision of Jesmond Dene, the Victoria Infirmary and the college that became Newcastle University. Hordes of visitors enjoy a trip to Cragside, Armstrong's Rothbury estate, now in the possession of the National Trust.

A small part of Armstrong's Elswick site is now home to the BAE tank factory, whose activity has shrunk to a fraction of what it was, and that is about to go as it has been announced that the factory is to close. 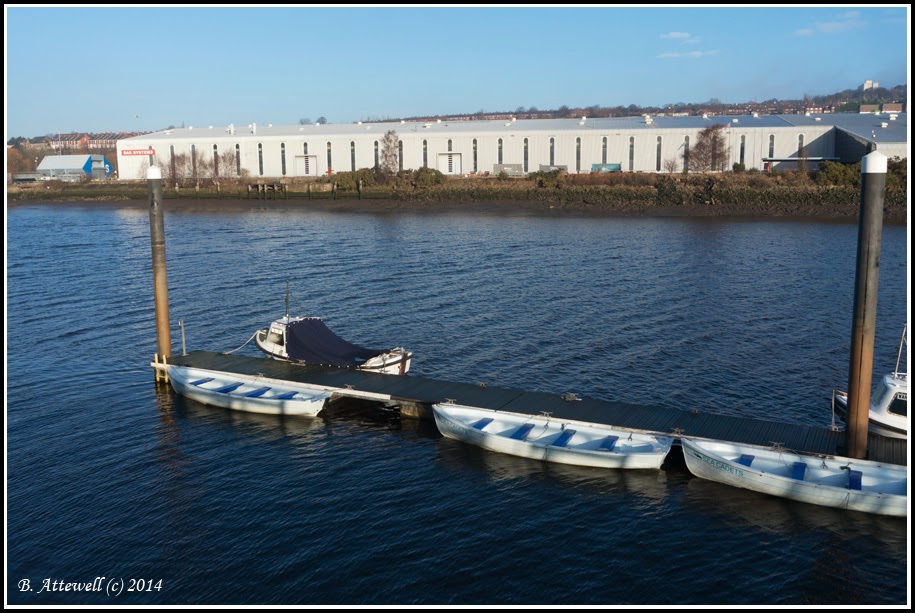 Crossing the Tyne using the Scotswood Bridge, the route travels through Derwenthaugh Country park in Gateshead, previously home to iron and other works, but now wonderfully returned to nature. 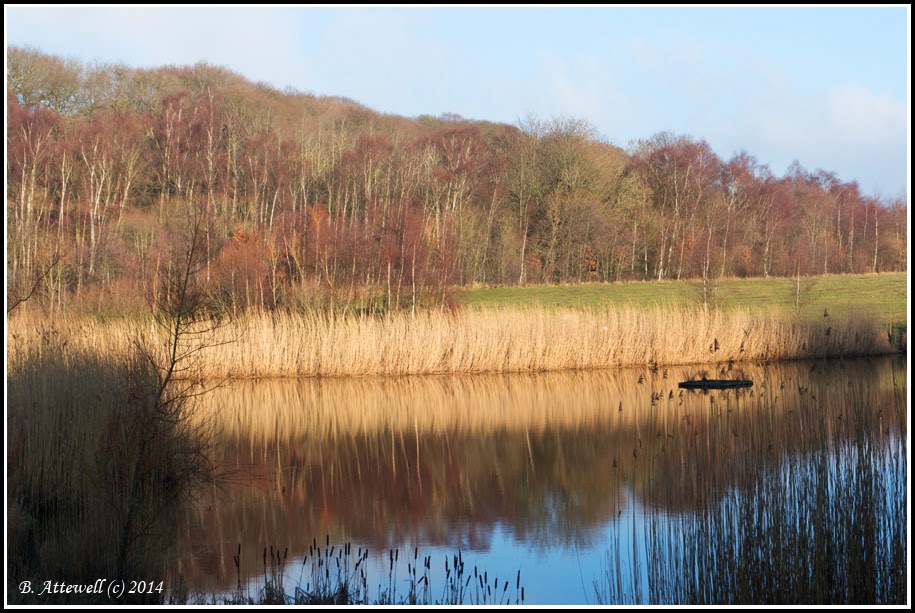 The cycle route leaves the park to join the old railway track to Consett along the Derwent valley. This is a steady climb, and with the ground soft due to recent rains, rather hard work. There are forested sections on either side of the track, but occasionally you are treated to a view from a viaduct or a gap in the trees. There is a good view over towards Gibside, the National Trust property, while this is Red Kite country; although today they were in hiding!

Sadly some of the old bridges have been taken out, which means plunging down into a depression followed by a steep ascent on the other side. 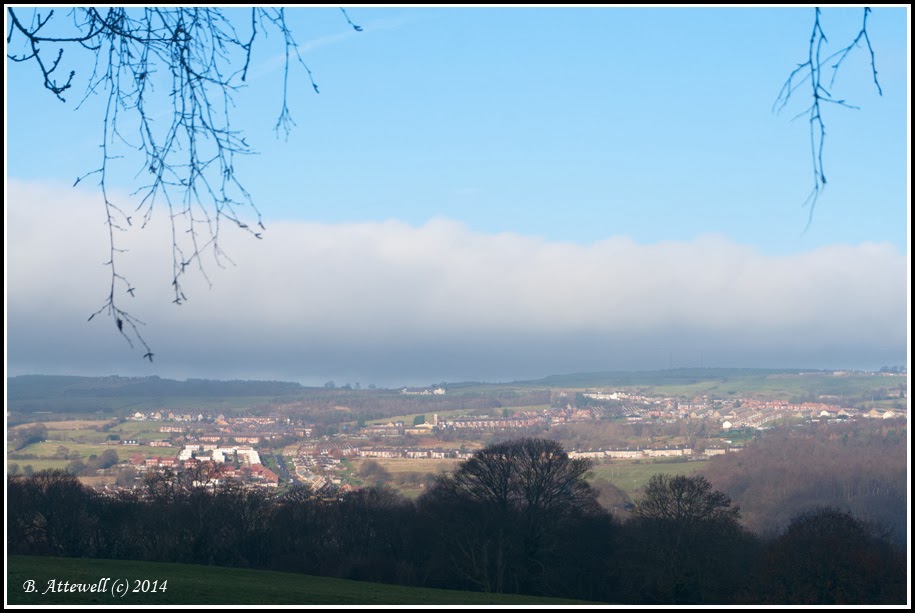 I did get a glimpse of a couple of colourful Jays, while wrens darted about at the sides of the track. 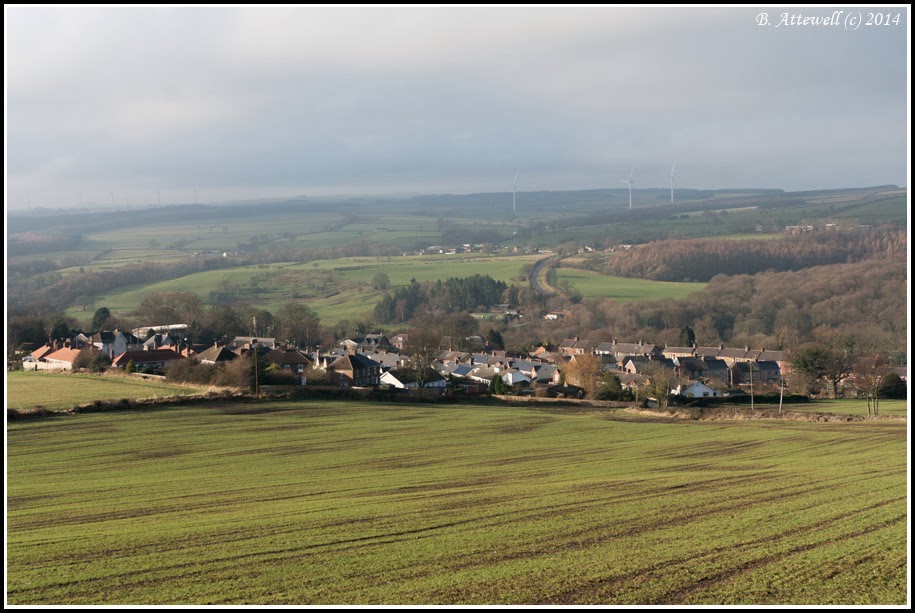 I think this is near Edchester, where there are the remains of a Roman fort.

Approaching Consett I saw the last of the sun for the day and, tired and thirsty, looked for sustenance at the newly opened Tesco superstore. I was pleased to see the provision of a bike rack under shelter,  but the detail design leaves much to be desired. It's very much a case of style over substance. The racks are placed far too close to the wall, so that you cannot get the frame of the bike sufficiently close to the higher point in the rack without jamming the wheel against the wall. The red things are almost purely decorative, I can't envisage how you could use them. Why people don't just specify standard Sheffield Stands I don't know, I suspect that they are cheaper and they are certainly much more functional. I did fill in a feedback form, hopefully someone will take action.

Update: This evening a representative from the store phoned to ask what the problem was with the bike racks and promised to have it placed on the agenda for the management team to consider. Fingers crossed! 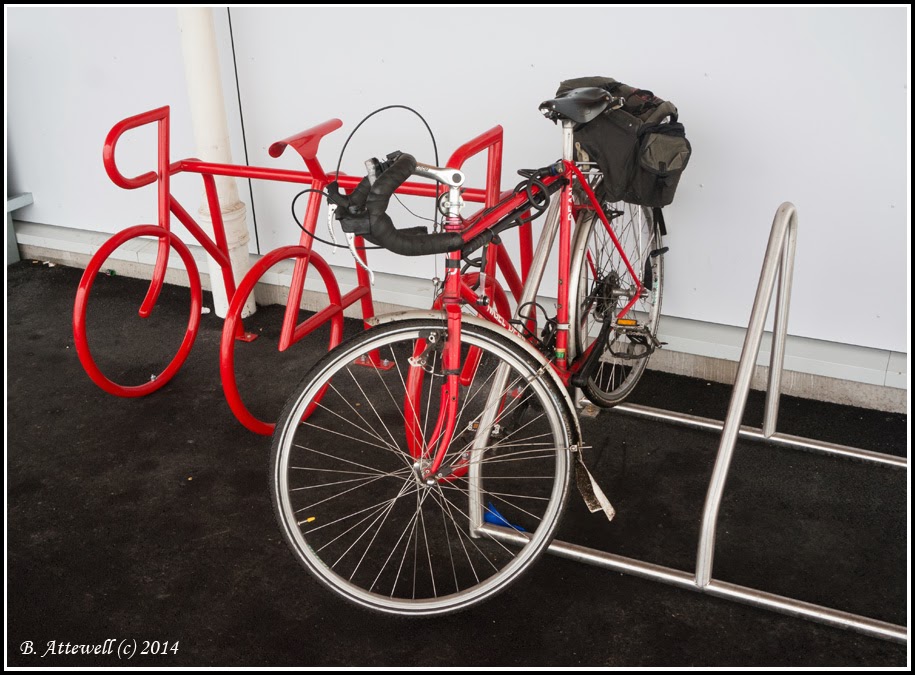 Never fear the store has a cafe offering reasonably priced refreshment, tea and a fruit scone for less than £2.50. I guess that my camera lens steamed up on entering the warm interior as this shot below lacks contrast. 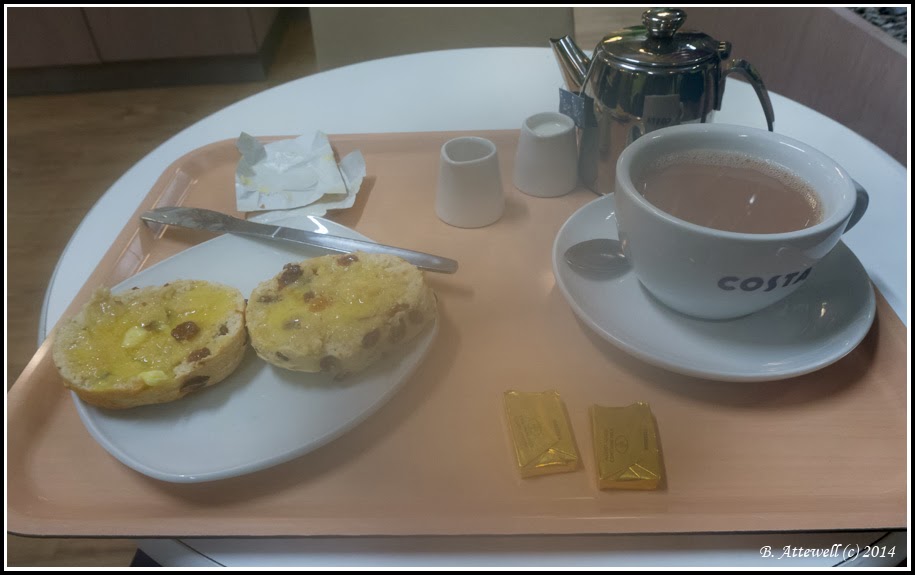 Rolling back down "The Hill" - as it used to be described by the railwaymen that used it - via Stanley, there was no sun, so no pictures.  In comparison to the Derwent Valley it is more open with fewer trees, the gradients are steeper, and more of the countryside wild moorland rather than farmed. It does have a huge advantage, in that, barring a short section to the west of Beamish, it is almost entirely hard surfaced, so no sinking in mud!

This route passes close to the North of England Open Air Museum at Beamish, which is always interesting to visit, while you can use the cafe there without having to pay for entry. There are a few  interesting sculptures along the route, that, had the sun shown its face, you might have seen here!

The gradient is particularly steep near Beamish, where, in the days of steam locomotives, two were required to push the heavy iron ore trains up to Consett.