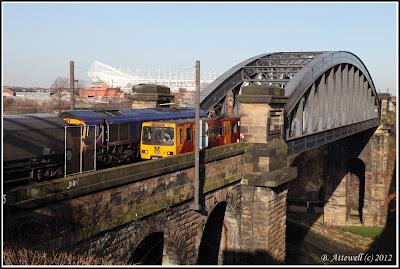 I wanted to get a shot of a Metro train crossing Thomas E. Harrison's Monkwearmouth bridge, and the coal train heading north was an unexpected bonus! 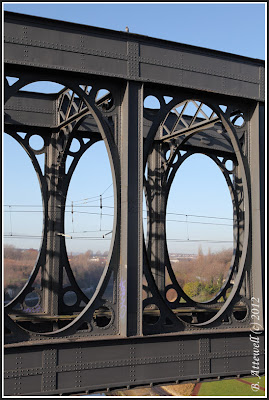 A detailed view of this elegant Victorian wrought iron structure, built circa 1879. 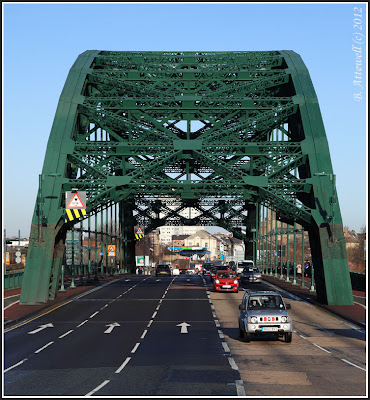 The much more recent steel fabrication, opened in 1929, that is the Monkwearmouth road bridge; with surprisingly light traffic. 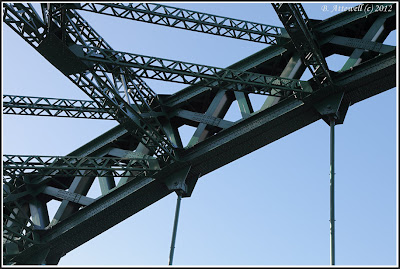 It looks like a giant Meccano construction from close up! 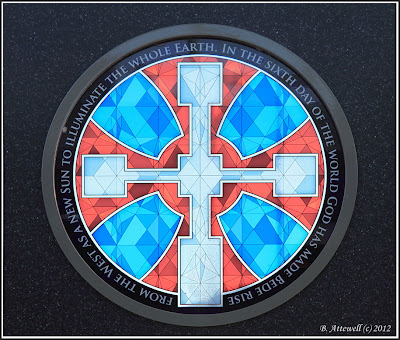 This attractive artwork of stained glass advertises Sunderland and Jarrow's 2011 bid for world heritage status which was based upon the twin monasteries at those places and the work of Bede. 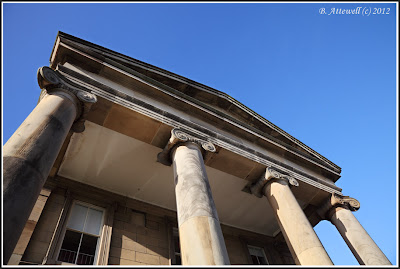 The Brandling Junction Railway ran from Gateshead to Monkwearmouth with a branch to South Shields. Before the Wear railway bridge was built this was the terminus. A fine piece architecture in the classical style completed in 1848 by another Thomas, in this case, Moore.

Some of these photos are available for sale at Alamy