With sub zero temperatures but a clear blue sky, Holy Island looked near its best. 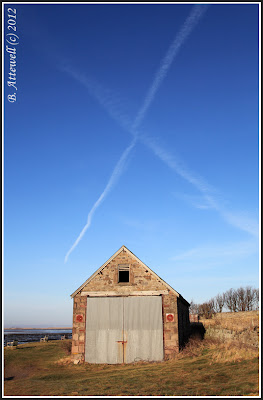 We had been listening to the debate about independence for Scotland while driving so it was appropriate that the cross of St Andrew should be in the sky! Judging by the ceramic plaques on either side of the doors, the building appears to have been an old lifeboat house, now used to store farm equipment. 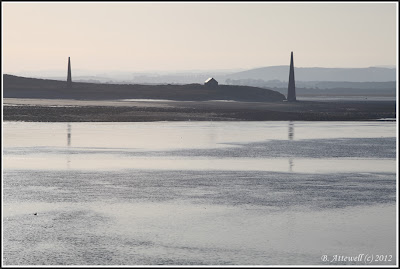 The levels are well off in this shot, but I prefer the subdued low contrast look that seems to fit the scene. 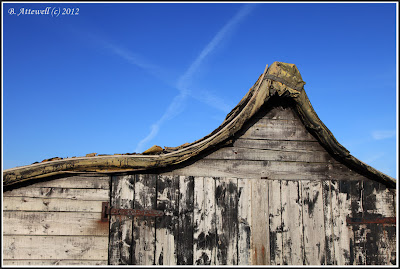 The much photographed upturned boats that are used as sheds by the fishermen. Trying to avoid a cliche I went for an abstraction, but no doubt that's been done before too! 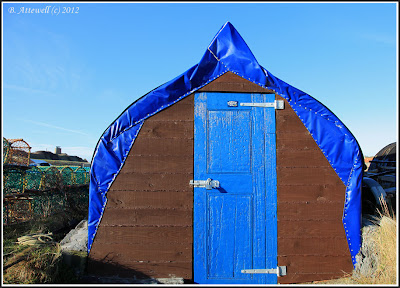 A study in blue, a freshly refurbished shed. 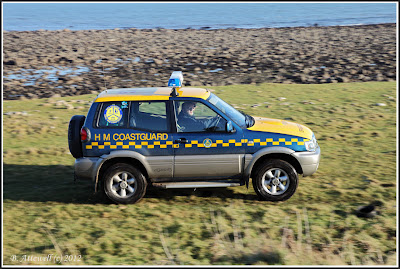 I saw this vehicle approaching while walking along an embankment, and, thinking that he would be coming my way, scrambled down to a lower level to grab a shot. However he turned off and I had to dash back up the slope and, without time to make any adjustments, take the photo. Sometimes you get lucky! 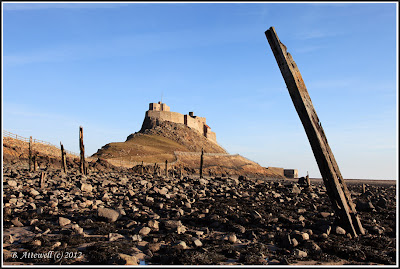 Well the classic view of the castle, could have done with a more dramatic sky, but you can only take what's there! 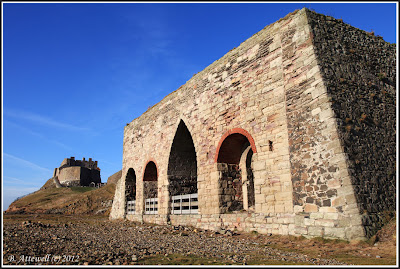 The lines of the old lime kilns point obligingly towards the castle.

Some of these photos are available for sale at Alamy