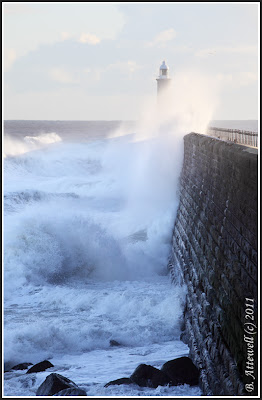 Waves crash into the north face of the the pier. 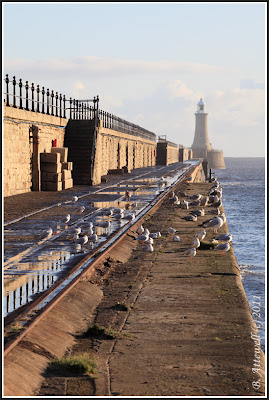 A different world, the south facing side. Seabirds taking shelter in the sunlit lee of Tynemouth Pier 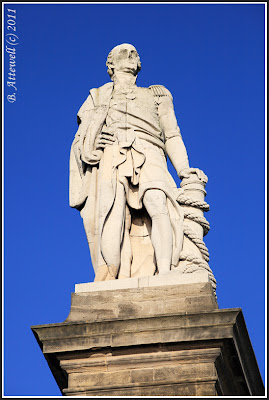 The statue of Collingwood, the naval officer rather than the cricketer.

A Geordie lad, he was the first to engage the enemy and Nelson's second in command at Trafalgar. He took over command when Nelson died. Ended his career Admiral Lord Collingwood, but died at sea circa 5 years after Trafalgar. 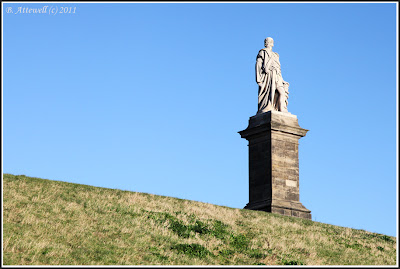 A rather more quirky shot, I do like quirky