On Tuesday we walked from Portinscale to Grange, following the lakeside. We caught the bus to Keswick and then walked back to Portinscale. The footbridge just outside of Portinscale was closed due to flood damage, and this caused a rather unwelcome deviation alongside the main road. Never fear, for the first two hours of the walk the sun shone and, as is often the case, the Lake District appeared as heaven on earth.

Nice work if you can get it, workmen building a new landing stage. 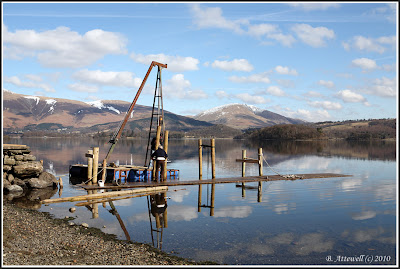 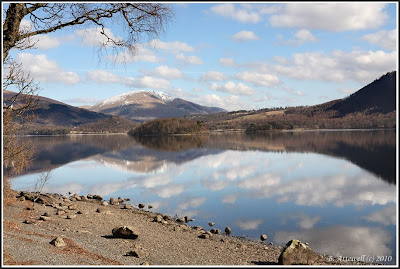 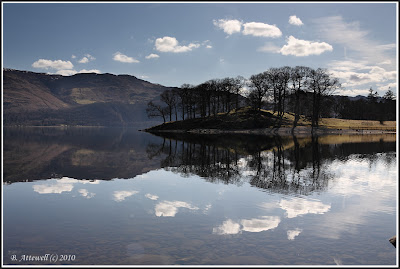 The flood plane at the end of the lake has a new walkway made from recycled plastic, I rather liked this snaking lead into the view of Borrowdale. 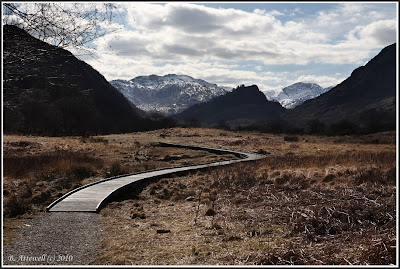